The LARGE-MEM project is a small-scale but dense noise-based study aiming at better understanding rainfall and groundwater storage effects on seismic velocities measured by a dense seismic network. The goal of LARGE-MEM is to demonstrate that the actual quantity and location of water in the subsurface can be estimated from measurements using a LargeN array. To achieve this, the data from superconducting and absolute gravimeters located in a gallery under the study site will be used to measure precisely the mass of water sampled by the seismic waves.

Large-N studies, i.e. experiments conducted with many hundreds of seismic sensors (or "nodes"), were originally sponsored by petroleum exploration companies, recognising the potential importance of passive methods for monitoring their reservoirs. Recently, several independent scientific groups have rented or bought nodes to conduct localised surveys. The advantage of dense node deployments is the high number of data available in a short time frame, with many intersecting interstation paths, thus permitting high resolution seismic tomography (e.g. Ben-Zion et al., 2015; Mordret et al., 2013; Roux et al., 2016). No full 4D model has been constructed from such Large-N deployments however, with such efforts being limited to depth slices.

The objective of this LARGE-MEM is to provide, for the first time, an independent measurement of the actual water mass involved in the relative velocity variations observed under a dense network. To achieve this, we will install a LargeN array, i.e. a mixture of roughly 40 one- and three-component seismic sensors, on a regular grid (400x400m) covering the forested hill above the Membach underground laboratory for a minimum duration one month (Figure 1). Using the cross-correlation, the cross-component and the auto-correlation techniques (De Plaen et al., 2016; Lecocq et al., 2014), we will compute the empirical Green's functions between all sensor pairs, for each sensor with itself, and between all sensors and the Belgian Seismic Network permanent seismic station BE.MEM located in the underground laboratory. Relative velocity changes in different frequency bands will be computed using the stretching, the cross-spectral and the dynamic time warping methods. The instrumental layout of the experiment will allow using Rayleigh and Love waves (thanks to the three-component sensors) and also body waves travelling within the hill, between the laboratory and the surface.

This new unique dataset will allow to compute the local three dimensional seismic velocity structure. When, with time, velocity changes occur (due to rainfall), a 4D model will be computed also. Localised average relative velocity changes (dv/v) will be calculated and compared to the gravity changes of the superconducting and the absolute gravimeters located in the underground laboratory. This will allow, for the first time, to quantify the absolute mass of water involved in the observed dv/v.

Ambient seismic noise will be recorded using newly acquired equipment. Traditionally, ambient seismic noise studies use natural noise in a 1 to 10 seconds period bands. Higher frequencies have been proven useful using such dense arrays. Although the nodes have a relatively high corner frequency (5 to 10 Hz), they are usually very coherent from one sensor to another. Their frequency band of usable data spans from 5 s (0.2 Hz) to more than 20 Hz (Brenguier et al., 2016). 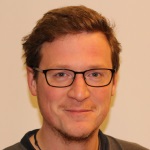 Dr Thomas Lecocq of the Seismology-Gravimetry service of the Royal Observatory of Belgium is Principal Investigator of LARGE-MEM.

LARGE-MEM is a 149 950€ project funded by the Brain.BE action "Pioneering Projects" of Belspo, the Belgian Science Policy Office. The project runs from January 2017 to April 2019.